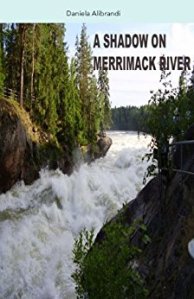 A year in the United States, a fantastic opportunity to forget the events of the past. Then Diana will return to Rome, but if life in the United States will be a positive experience, she will be able to return. And Diana strongly hopes she will come back. In an evening of early spring, however, while with her friend Jenny, an obese girl, she is enjoying to skate on the Merrimack River still frozen, she doesn’t realize she has reached a point where the ice is breaking. In the fierce struggle that she engages with the force of the river waters, that with the beginning of the thaw are moving, Diana understands the plate is too thin, and may not hold up. And below, after hearing a thud, Diana realizes that glides silently a human body, a corpse from which she could be sucked into the river deepness. It’s the beginning of a nightmare in which Diana will live during the months that remain until her departure from what she had considered a quiet and peaceful little town. Until the solution of the mystery, which will take place with a stunning end.
The events take place in a small town in the Northeast of the United States in 1965-66, when America was in the midst of the conflict with Vietnam. Many descriptions of the places related to the nature and landscapes as well as to the complexity of American society. There is no lack of historical references.

The book is in catalogue at the Italian & European Bookshop in London.

Where to find it:

In the following link, where you can read the preview, and on Amazon stores all world wide.

This thriller set in New Hampshire in the 1960s looks at one girl, her family, and the shadows of her life that are revealed. The author has done a wonderful job at portraying American life as seen through the eyes of a visitor to this country and the mystery behind the shadow on the Merrimack River is one that’s not easily solved by the reader.

The phrasing was a little hard to understand at times–it’s translated into English from Italian, and obviously by someone whose first language is not English. I would suggest that the author look for a translator who is American and is fluent in Italian for her next book, rather than an Italian who is fluent in English. I believe that would help with the ease of reading.

This issue did not reflect on my enjoyment of the book, however, and I look forward to the next book Ms. Alibrandi has for us.

This book was a bit of a challenge at times {being translated from Italian}some phrases took me a bit to decipher. This did not take away from the main story. It is a tale of being treated as an outcast because of coming from another country, the way some shy away from people that are different. You become very connected to the character because of her treatment. The journey of finding a body within the water, adds the mystery. The building suspense and great character development leads to an unexpected ending.

It has a great storyline and all the ingredients of a page-turning thriller with the suspense building chapter by chapter and then a totally unexpected surprise ending. I liked how we knew what the main character was thinking and feeling throughout and I had empathy for her. I also admired her courage in seeking out the truth even at risk to herself although I was scared for what might happen to her.
The translation could be a little smoother but that did not take away from understanding and enjoying the plot and character development. I didn’t want to put it down until I finished it! And now I’d like to read more!

THE HUMAN STORY LINKED TO THIS BOOK:

The thriller is set in Manchester, New Hampshire. Brown Avenue, Goffs’ Falls, St. Francis Church and the school…here the characters move in an involving plot that takes to an umpredictable and stunning end.The place is where I lived during my adolescence. When my American friends read the book, they got in touch with me and told me that the whole area had been demolished to enlarge the airport area. I was so sorry when I came to know that those roads and buildings had all been demolished! But my friends where happy to have walked once again in those beloved places. After many years, thanks to the book, I met my friends again and that was the longest hug in history!